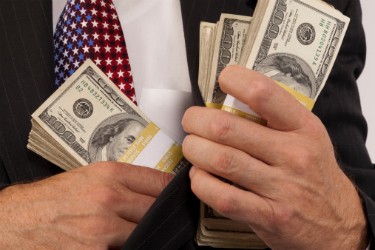 On May 16th, 2018, the Securities and Exchange Commission (“SEC”) charged three former executives for Constellation Healthcare Technologies Inc. (Constellation), a Houston- based company, who falsified financial and other information they provided to a private firm while negotiating the private firm’s acquisition of a majority stake in Constellation. A little more than a year after the January acquisition, Constellation filed for bankruptcy in March.

According to the SEC, the executives persuaded a private firm to acquire a majority of Constellation’s equity and provided fake information, including financial statements for three fictitious subsidiaries supposedly acquired for more than $62 million. The complaint alleges that the former executives funded the bogus acquisitions with stock sales in London and then pocketed the proceeds for themselves.  The complaint charges former Constellation chief executive Parmjit (Paul) Parmar, former chief financial officer Sotirios (Sam) Zaharis, and former company secretary Ravi Chivukula. In September 2017, amid doubts about Constellation’s financial condition, Parmar resigned and Zaharis and Chivukula were put on administrative leave.  Similarly, the U.S. Attorney’s Office for the District of New Jersey announced criminal charges against Parmar, Zaharis, and Chivukula.

The SEC’s complaint, filed in U.S. District Court in New Jersey, charges Parmar, Zaharis, and Chivukula with violating the anti-fraud provisions of the federal securities laws.  The SEC is seeking permanent injunctions, return of allegedly misappropriate gains plus interest, civil penalties, and officer-and-director bars against Parmar, Zaharis, and Chivukula. The SEC’s investigation is ongoing.

For more information about this blog post, please contact a Securities Attorney at 101 Plaza Real S, Suite 202 N, Boca Raton, Florida, (561) 416-8956 or by email at [email protected]   This securities law blog post is provided as a general informational service to clients and friends of Hamilton & Associates Law Group and should not be construed as, and does not constitute, legal and compliance advice on any specific matter, nor does this message create an attorney-client relationship. Please note that the prior results discussed herein do not guarantee similar outcomes.