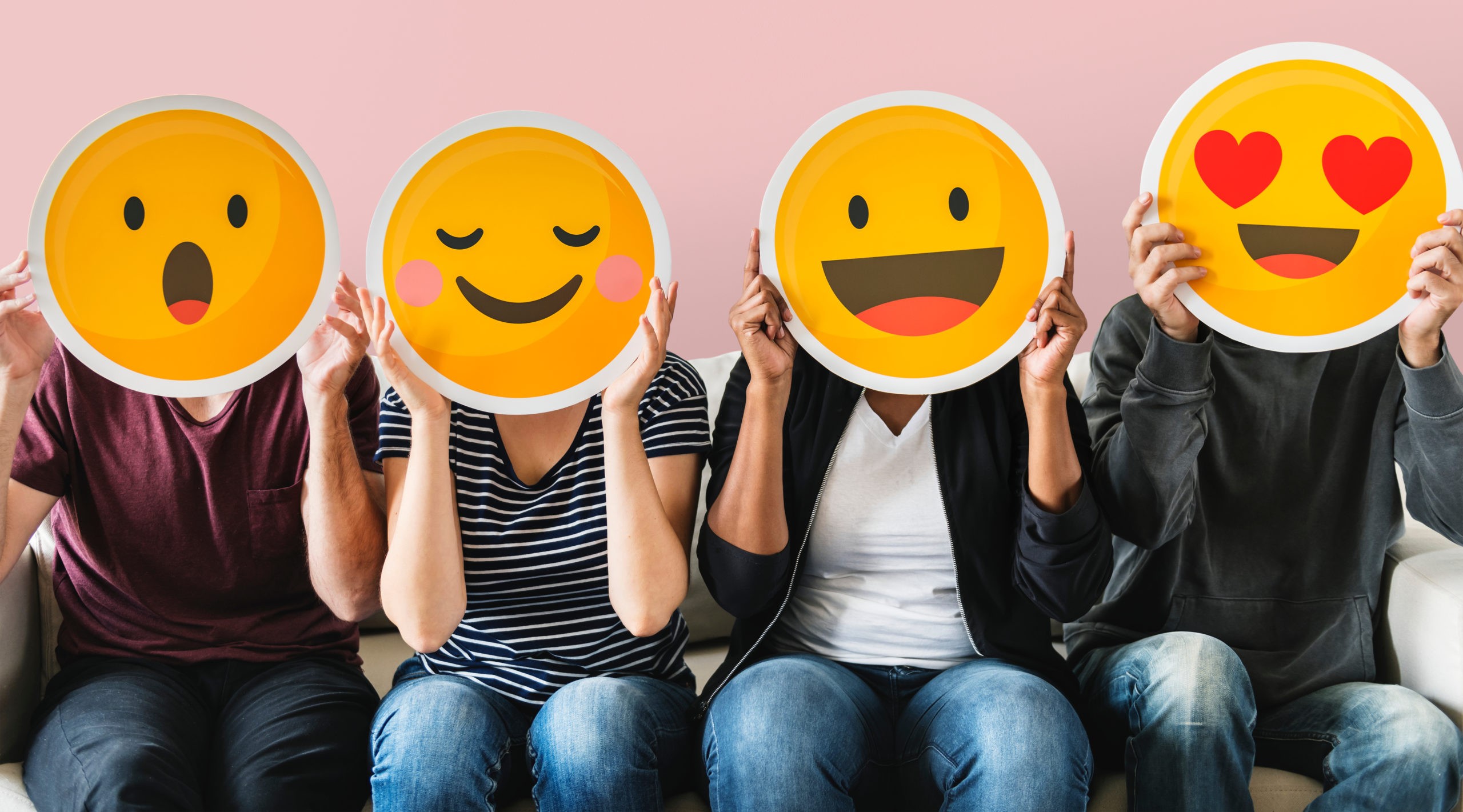 Hamilton & Associates, a boutique securities law firm in Boca Raton, Florida, would like to take this opportunity to comment on the Commission’s proposed rule for the publication or submission of quotations without specified information.  We applaud the Commission’s decision to amend Rule 15c2-11, last modified in 1991, to accommodate changes in the over-the-counter market and in the way OTC securities are traded in the digital age.

The Internet, now available to nearly all investors, has created new ways of accessing and storing information, and the rise of the online brokerages has made trading securities easier and less expensive than it was three decades ago.  The result has been the entry of large numbers of new investors into the once-obscure OTC market.  Revisions to the rule are long overdue.

The purpose of most of the amendments proposed is to enhance investor protections without impairing issuers’ liquidity or ability to raise capital.  These aims would be achieved by ensuring that all broker-dealers publishing quotations for OTC issuers possess “current information” about the companies for which they initiate quotation, and that they review that information yearly to ascertain whether it’s still accurate.  We believe an annual review is important, because many OTC issuers undergo frequent changes in control, and sometimes, as the Commission points out, cease operations entirely.

The current rule provides that in order to initiate quotation, a sponsoring broker dealer must submit a Form 211 to FINRA.  Once the application is processed, the broker-dealer can publish quotes exclusively for 30 days.  Once that time has elapsed, other broker-dealers can publish their own quotations without filing Forms 211, thanks to what’s called the “piggyback exception.”  The result is that a considerable number of broker-dealers may eventually quote the stock without ever having reviewed current information for the company.

In the past, the Commission has proposed eliminating the piggyback exception altogether.  That idea has not found favor with broker-dealers.  Submission of a Form 211 can entail considerable work.  Some brokers ask issuers to compile lengthy disclosure documents, sign affidavits, and understand and comment on a “red flags” checklist.  They may also perform background checks on officers, directors, and affiliates.  They aren’t compensated for their efforts, and so to ask them to file a Form 211 for every OTC stock they choose to quote seems to them excessive.

In this new proposal, the Commission doesn’t suggest elimination of the piggyback exception.  We agree that isn’t necessary, for two chief reasons.  First, the annual review requirement will require broker-dealers to keep reasonably current with the issuer’s status.  Second, the Commission proposes a requirement that every issuer’s “current information” be publicly available.  In the case of reporting companies and Regulation A issuers, Edgar filings would suffice; for non-reporting issuers, it must be offered by the company itself, perhaps at an “information repository” (see below) or at the company’s own website.  This requirement would have two benefits:  it would reduce the work a broker-dealer would need to do to perform an annual review, and it would offer the investing public access to information about OTC companies’ activities and prospects.

We have a particular interest in shell companies and the damage they can cause to investors and to the integrity of the OTC market alike.  Public shells, registered and unregistered, are used in reverse merger transactions that often result in pump and dump operations, insider enrichment schemes, and other kinds of fraud.  Some fraudsters create phony registered companies that pretend to be operational to avoid having to declare shell status and the problems that entails.  Shell vendors assemble a stable of unregistered—or soon-to-be-deregistered—shells by filing custodianship or receivership petitions in local courts in the state in which the company is domiciled.  They then “clean them up,” or promise to, and sell them to unwary and unsophisticated owners of private companies who’d like to go public quickly and, as they believe, inexpensively.

In recent years, the SEC has brought enforcement actions against many creators of registered shells masquerading as active companies.  That is laudable, but its effort to punish unwilling “gatekeepers” for the existence of these shells is sometimes unfair.  Among those gatekeepers are broker-dealers who submit Forms 211 to FINRA so the issuer’s securities can begin trading.  The issuers in question are for the most part Securities Act registrants.  In our view, the real gatekeepers should be the SEC’s Division of Corporation Finance attorneys and accountants.  If they deem an S-1 effective, it’s hard to see why a broker-dealer should later be blamed for not realizing the company was a shell without real operations and assets.

Unregistered public shells have been largely ignored by the regulators.  Most have been abandoned by their management, and their corporate status has been revoked in their home states.  In our view, there’s no reason for them to trade at all, because they’re no longer companies.  Yet the SEC’s policy on defunct companies, articulated in 2013, states:  “The SEC does not have a rule that prohibits the trading of a stock once a company becomes defunct because it does not want to forbid transactions between willing buyers and sellers, including those holding shares in defunct companies.”

That seems to us undesirable, and more likely to create fertile ground for fraud than to satisfy any genuine market imperative.  But the authors of the proposed rule have included a provision that may approach the problem of defunct companies in a new way.  We believe it is the most important part of the proposal:

The proposed definition of a shell company for purposes of Rule 15c2-11, however, is not limited to companies that have filed a registration statement or have an obligation to file reports under Section 13 or Section 15(d) of the Exchange Act. Rather, the proposed definition of a shell company under Rule 15c2-11 would cover all issuers of securities because the provisions of Rule 15c2-11 apply to publications and submissions of quotations for securities of reporting issuers as well as catch-all issuers.

Moreover, the rule proposes that broker-dealers would not be permitted to publish quotations for shell companies.  This is an elegant solution to the problem of dormant shells used in reverse merger transactions.  No broker-dealer could publish quotes until the transaction was complete, and current information for the surviving entity had been made publicly available.

This is important because in the past few years, “reverse merger plays” have become popular among penny stock traders.  They track custodianship petitions, particularly in the Nevada courts, and often buy stock in the dormant shell even before the judge grants the petition.  The stock is then hyped on message boards and in the social media, attracting more attention when the new custodian reinstates the shell’s corporate charter, when a buyer is announced, and when, perhaps, an actual merger deal is consummated.  Sometimes no buyer is found; sometimes merger deals fall through.  The result, as with traditional pump and dump operations, can be hype-driven price spikes followed by collapse.

If the proposed rule is adopted, dormant public shells will trade, if at all, on the grey market, and regular trading will commence for issuers that have gone public through reverse mergers only once current information is publicly available.  This is an important step in the right direction.

It is difficult to understand why the new rule gives so much attention and space to what appears to be a non-issue.  It’s entirely reasonable that the Commission should propose “that market participants keep certain records that support their information review or reliance on an exception.”  They add:

There is too much language of this kind in the proposal.  It’s extremely hard to follow.  Perhaps it would be better to include an appendix with a side-by-side comparison of the current and proposed rules, and use the body of the text to explain in plain English what will be required of market participants should the proposal be adopted.

As to the recordkeeping requirement itself, it’s unlikely anyone will be keeping hard copies of most of the records needed for an information review or reliance on an exception.  Redundant electronic copies should suffice, and there’s no reason they shouldn’t always be “readily accessible.”  For centuries, if necessary, assuming ongoing modification of old technologies.

Should an Information Repository Be Created?

On this subject, the proposed rule says only:  “The Commission is also seeking comment about information repositories,” leaving it to commenters to guess the purpose and nature of such repositories.

Obviously, one would be Edgar, and just as obviously, it already exists.  It did not exist, though, when the current version of Rule 15c2-11 was created in 1991.  The proposed rule ratifies what was already understood:  that broker-dealers preparing or reviewing an issuer’s current information can rely on financial reports posted at Edgar.

That will serve requirements for reporting issuers, but a great many OTC companies are non-reporting, or “catch-all issuers,” a term the SEC has created for the purposes of this proposed rule, and that many market participants won’t understand.  For these companies, would disclosures they make at the OTC Markets website qualify, and if so, could OTC Markets Group be considered an “information repository”?  OTC Markets encourages companies to make disclosures that are as extensive as possible.  Those that decline to participate are demoted to the lowest of the Pink tiers, Pink No Information.  At least for the purposes of conducting a review, Pink No Info status might be enough to persuade broker-dealers that the issuer is a shell company, unless it offered more at its website or in some other public place.

Since OTC Markets is an IDQS and an ATS, if the proposal is adopted, it will be permitted to sponsor issuers and file Forms 211 itself.  It might, in fact, eventually file the majority of 211s for non-reporting companies, so it, like Edgar, will serve as a useful repository of information.

But neither Edgar nor OTC Markets will serve as a single universal repository, if that is what the Commission had in mind when soliciting comment about the concept.  Some companies will prefer to make current information available only at their websites, or at the request of actual or potential investors.  If a genuine universal repository is considered desirable, only FINRA would qualify.  Back in 2014, FINRA requested comment on a Proposal to Establish a Publicly Online Repository of Form 211 Information.  Although the proposal was generally well-received, nothing ever came of it, and no explanation of its failure to materialize was ever offered.

Should FINRA propose it once again, and eventually adopt it, it might find it’d signed on for more work than originally envisaged.  Because of the new proposed information review requirement, it would have to keep up with changes in company status yearly.  Would FINRA be interested?  All in all, it seems more likely that even if the proposed SEC rule is adopted, investors and other members of the public seeking information about OTC companies will continue to rely on a patchwork of sources.

In conclusion, we feel the proposed rule would encourage greater disclosure by some OTC issuers that heretofore have been disinclined to offer it.  In addition, it would likely help combat retail investor fraud by dealing with dark or defunct shell companies.  Some elements of the proposal might benefit by clearer explanation, but on balance, we support its adoption.

Thank you for your consideration of our comments.