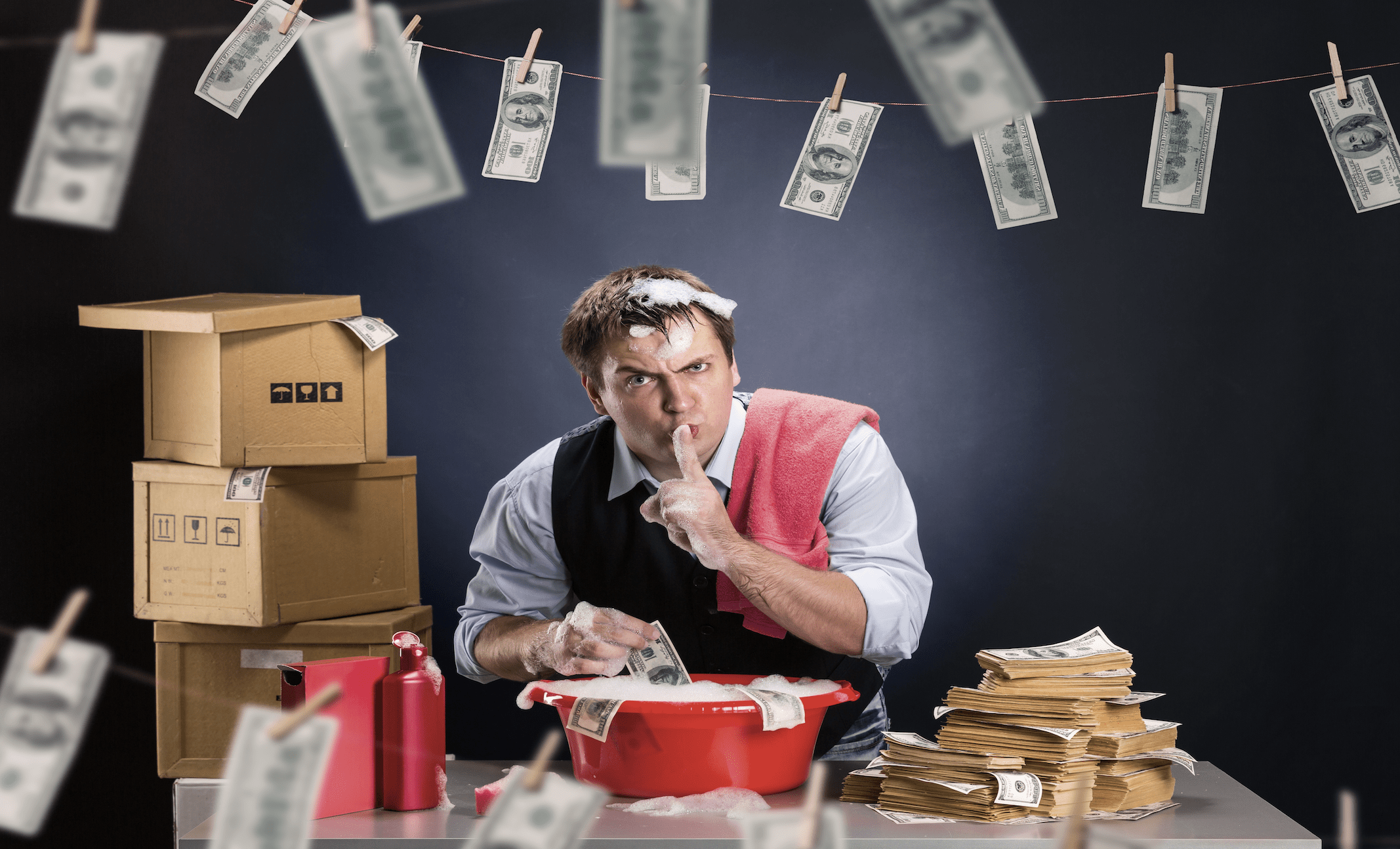 On August 15, 2022, the Securities and Exchange Commission (the “SEC”) charged 18 individuals and entities for their roles in a fraudulent scheme in which dozens of online retail brokerage accounts were hacked and improperly used to purchase microcap stocks to manipulate the price and trading volume of those stocks.

Those charged include Rahim Mohamed of Alberta, Canada, who is alleged to have coordinated the hacking attacks, and several others in and outside the U.S. who allegedly benefited from or participated in the scheme, including Zoltan Nagy, Robert Seeley, Phillip Sewell, Christopher Smith, Richard Smith, Anna Tang, Richard Tang, Breanne Wong, Davies Wong, Christophe Maerani, Glenn B Laken, Jeffery D Cox, and entities controlled by one or more of them, including Avatele Group LLC, Harmony Ridge Corp, H.E. Capital SA, Maximum Ventures Holdings LLC, and POP Holdings Ltd. Relief defendants include Jason Black and 9224-3708 Quebec, Inc. a/k/a Distributions Bano.

According to the SEC complaint, the case involves a fraudulent hacking scheme in which the defendants, operating in two overlapping groups and others, collectively acquired substantial shares of the common stock of two public microcap companies: Lotus Bio-Technology Development Corp. (“LBTD”) and Good Gaming, Inc. (“GMER”).

After obtaining the shares in LBTD and GMER, certain of the defendants then conspired with other unknown parties to access at least 31 U.S. retail brokerage accounts held by innocent third-party investors using online account takeover attacks (“ATOs” or “hacks”) and used the hacked accounts to make large purchases of LBTD and GMER common stock, thereby artificially inflating the trading price and volume of the stocks.

The defendants then sold the shares they had acquired at the inflated prices, generating approximately $1.3 million in proceeds and creating substantial profits for the defendants. Relief defendants 9224-3708 Quebec, Inc., a/k/a Distributions Bano, and Jason Black also received ill-gotten gains from the fraud and were unjustly enriched.

Further, throughout the scheme, certain of the defendants repeatedly took steps to conceal their beneficial ownership of LBTD and/or GMER shares by, among other things, failing to file with the Commission certain beneficial ownership reports required by law and through layers of offshore accounts and nominees.

In 2012, Nagy caused LBTD to issue shares of its common stock to about 41 people residing in Hungary, Canada, and Japan, all of whom were Nagy’s family and friends (the “Nagy Associates”). By late 2014, LBTD had 231,275,000 shares issued and outstanding, of which Nagy owned 86%, Nagy Associates owned 4.1%, and two foreign entities controlled by Nagy and/or the Nagy Associates, which had names that were identical to U.S.-based defendants Maximum and Harmony, owned 4.8% and 4.4% of LBTD’s stock, respectively.

In early 2015, Richard Tang offered to assist Nagy in getting LBTD shares “cleared and deposited,” meaning deposited into a brokerage account so they could be readily traded. Richard Tang also told Sewell that Nagy was “interested in a small campaign,” presumably to promote the stock. Nagy and Richard Tang drafted stock purchase agreements (“SPAs”) that were backdated to 2013 and 2014, pursuant to which Richard Tang (as Harmony’s owner) and Anna Tang (as Maximum’s owner) agreed to buy LBTD shares from Nagy Associates.

Nagy and Richard Tang then worked together to backdate and forge paperwork to establish the Tangs as the purported owners of Maximum and Harmony (and the entities’ LBTD shares) as of 2013 and 2014, even though those entities were not formed in the U.S. until 2015.

Using the backdated and forged documents, Nagy and the Tangs successfully deposited their LBTD shares into separate accounts at a U.S. broker-dealer.

In early 2016, the Tangs caused Maximum and Harmony to transfer 18,975,500 LBTD shares for the benefit of the Wongs, then representing 8.2% of LBTD’s shares outstanding.

On April 1, 2016, LBTD filed two Form 8-K current reports, both signed by Nagy, one reporting that Nagy was resigning as an officer and director on April 1, 2016, and one reporting that Nagy had cancelled 150,000,000 of his LBTD shares effective March 30, 2016. As a result of the share cancellation, LBTD’s outstanding shares decreased from 232,775,000 to 82,775,000, which increased the Wongs’ beneficial ownership interest to approximately 15.7% of shares outstanding.

On October 1, 2016, Nagy and Richard Tang signed a SPA, pursuant to which Nagy sold 50,000,000 shares of LBTD to Avatele, an entity controlled by the Tangs. Nagy transferred his shares effective November 30, 2016. The transaction, when combined with Maximum’s preexisting ownership of 2,605,000 shares, gave the Tangs control of over 63% of LBTD’s 82,775,000 outstanding shares at that time.

The Wongs continued to shuffle shares around and add to their holdings during 2016 and early 2017.

By August 1, 2017, the Wongs, the Tangs, and the Nagy Associates controlled most of LBTD’s outstanding shares.

On August 16, 2017, unidentified persons conspiring with the LBTD Group hacked at least one retail brokerage account at a U.S. broker-dealer and forced the account to buy large quantities of LBTD stock.

Upon information and belief, the LBTD hacking attacks were coordinated by Mohamed.

Over 7.75 million of the shares beneficially owned by the Wongs were sold into the hacks, causing the hacked brokerage accounts substantial losses. The hacking victims’ brokerage firms promptly reimbursed their customers, with total losses to the brokerage firms exceeding $1 million.

While the Wongs beneficially owned the LBTD shares sold by H.E. Capital and POP, the managers of those entities, Robert Smith, Christopher Smith and Robert Seeley, retained a portion of the proceeds from their sales of LBTD shares.

In May 2017, GMER announced a change in control, pursuant to which an entity affiliated with a different GMER director replaced CMGO as GMER’s controlling shareholder.

In or around August 2017, Laken caused CMGO to convert some of its GMER preferred stock into 20,000,000 shares of GMER common stock. In November 2017, Laken began to try to monetize the GMER common stock owned by CMGO, working with Richard Tang, Cox, Sidhu, and Mohamed to conceal Laken’s beneficial interest in the shares and facilitate their sale.

Laken, assisted by Richard Tang, sought and obtained a legal opinion to remove the restrictive legend from the GMER shares.

On November 26, 2017, Laken emailed Richard Tang a proposed agreement between Laken and Cox, ostensibly to facilitate the eventual sale of the 20,000,000 GMER shares by Laken. Pursuant to the agreement, Cox would act as “shareholder” for the sale of 20,000,000 GMER shares, with CMGO or Laken entitled to $500,000 as a “divisional capital proceeds recipient.” Upon information and belief, this structure was part of an attempt to conceal Laken’s role in the planned sales.

After GMER’s outside counsel objected to the removal of the restrictive legend from Laken’s shares and notified GMER’s transfer agent that if CMGO owned 20,000,000 shares of GMER, it would then own over 87% of GMER’s common stock and, contrary to the opinion letter, be an affiliate of GMER, the group began enacting a scheme to split up the shares among offshore accounts, starting with 1,500,000 GMER shares being moved into Cox’s account at Seton (one of the same brokerage firms used by the LBTD group) on January 9, 2018. In conjunction with this transaction, Richard Tang acted as escrow and was given trading authority on the account, and Jason Black was paid a “finders fee” of $15,000.

By January 18, 2018, Laken, Cox, and Richard Tang had coordinated the transfer of 2,912,000 GMER shares into Cox’s account at Seton. Most of those shares were then transferred to another account at Seton in Sidhu’s name. But upon information and belief, Laken retained control over these shares, and the transfer was yet another effort to conceal such control.

Meanwhile, while the shares were being laundered into accounts of ostensibly unrelated parties, Cox was coordinating with Mohamed to ready the hacking scheme, Laken’s wife, Richard Tang’s father, and Sidhu were trading shares of GMER on the open market to walk up the price and create trading activity, and Richard Tang was communicating with at least two stock promoters to coordinate a stock promotion campaign.

Then, on Monday, January 22, 2018, between about 10:30 a.m. and 11:30 a.m. ET, at least six retail brokerage accounts at two different brokerage firms were hacked and forced to purchase nearly one million GMER shares.

Seton accounts controlled by the GMER Group simultaneously sold over 700,000 shares of GMER into the market for over $169,000 in net proceeds, making those accounts the principal sellers on the date of the hack. Nearly all of these sales occurred between 10:30 a.m. and 11:30 a.m. ET—i.e., during the hacking attacks—and at least 440,000 of the GMER Group’s shares held at Seton were sold directly to hacked accounts. Specifically, Seton sold 701,688 shares for Sidhu (for the benefit of the GMER Group) at $0.265, for net proceeds of approximately $169,212.

The SEC’s complaint charges violations of the antifraud and beneficial ownership reporting provisions of the Securities Act of 1933 and the Securities Exchange Act of 1934 and names two relief defendants who received proceeds from the hacks. The SEC seeks the return of ill-gotten gains plus interest, penalties, bars, and other equitable relief. The SEC’s investigation is continuing.