The Securities Laws That Apply to Crowdfunding – Rules and Regulations 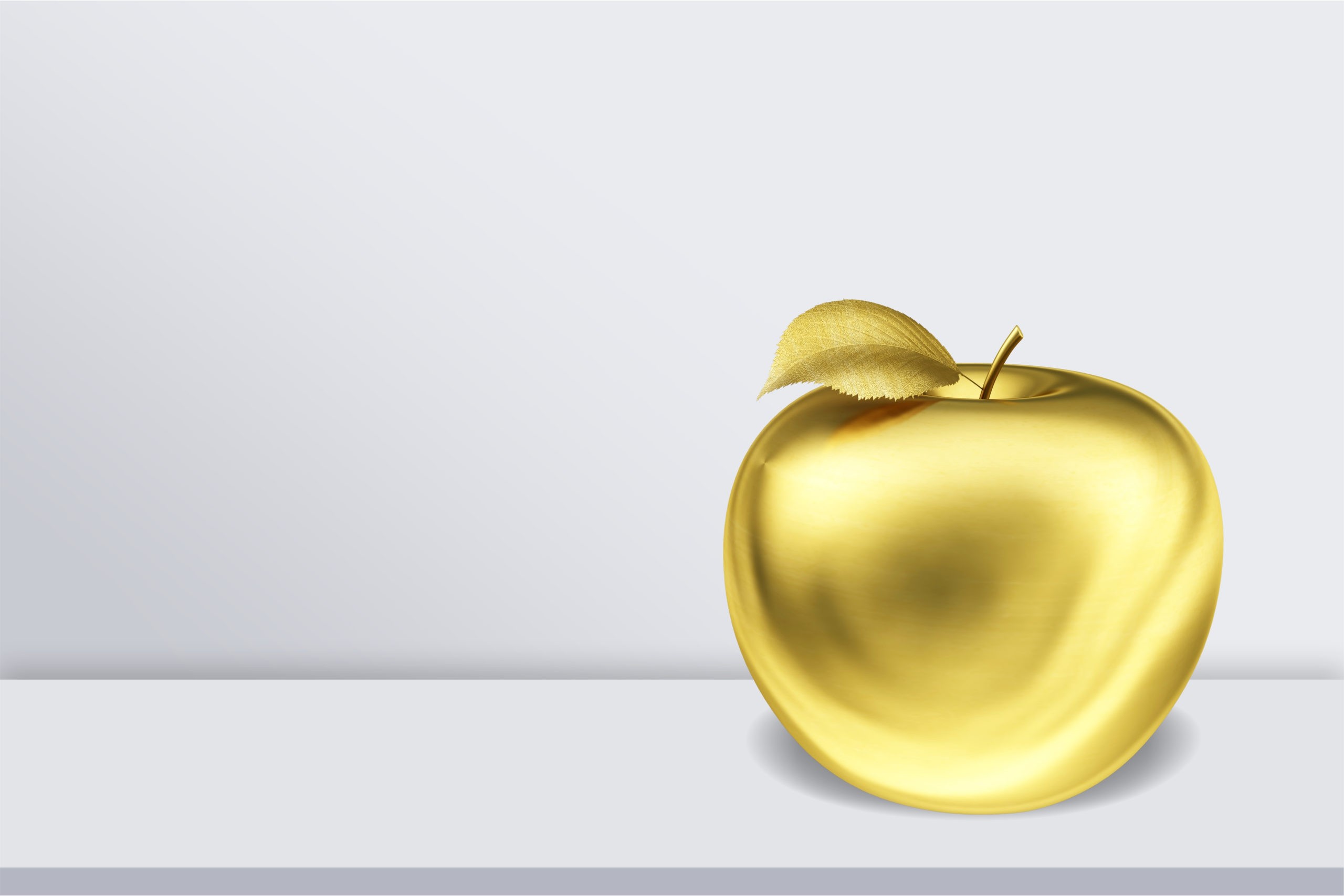 What You Need to Know About the Rules and Regulations That Apply to Crowdfunding?

If you intend to raise money using crowdfunding or take your company public, you will need to understand how the SEC’s registration statement requirements work, and how you may be able to raise money from the correct application of federal and state exemptions from registration. As explained below, companies must go beyond looking at the particular crowdfunding exemption when raising money from investors.

Until the 1930s, the U.S. capital markets were entirely unregulated. The Wall Street crash of 1929 and the Great Depression that followed persuaded government and industry leaders that something needed to be done.  The first result of their resolve was the Securities Act of 1933 (the “Securities Act”). The Securities Act set standards for the disclosure of important information in securities offerings.  It specified what information needed to be disclosed, and the form in which it needed to be presented. Most importantly, it established a new concept: that to be sold legally, all securities must be registered with the SEC, or must qualify for a legitimate exemption from registration.

What was needed next was a way in which the Securities Act could be administered and enforced. In response, Congress passed into law the Securities Exchange Act of 1934 (the “Exchange Act”), which created the SEC. The Securities Act and the Exchange Act are the foundational documents on which all of the SEC’s authority rests. Both have been amended countless times to keep them current with developments in the financial industry. While the SEC isn’t perfect, it did bring order out of chaos, and a great many national securities commissions worldwide are based on the principles by which it operates.

The Securities Act became law on May 27, 1933. It was legislated by Congress under the Commerce Clause of the constitution, which states that Congress shall have the power to regulate Commerce with foreign Nations, and among the several States, and with the Indian Tribes.” Before passage of the act, the issuance and sale of securities was regulated by a patchwork of state securities laws, called “blue sky” laws, that could sometimes be manipulated by issuers to suit their own ends. The purpose of the new Act was to protect investors by requiring the disclosure from issuers that investors would need in order to decide whether an investment was worthwhile. Unlike state blue sky laws, many of which imposed “merit reviews,” the provisions of the Securities Act do not address the quality of the securities sold in an offering; they enumerate the disclosures that must be made, and establish a form in which they must be presented.

The central principle set forth in the Act is that all securities sold in the U.S. must be registered or qualify for a legitimate exemption from registration. Some of those exemptions are created by the Act itself, while others are offered by certain state laws. For a company to register securities for sale, it must file a registration statement with the SEC. The registration statement must include a prospectus, which markets the stock to the public, financial reports, and additional information. Issuers can choose from a number of Securities Act registration forms, but initial offerings, used when companies first go public, are most commonly registered on Form S-1. Shorter forms used for secondary offerings are available to seasoned issuers. Registration statements must contain expansive disclosures about the issuer and its financial condition.  Securities issued in Crowdfunding offerings can also be issued if they qualify for an exemption from registration. Exemptions include private offerings to individuals or institutions, offerings of limited size, and intrastate offerings. The types of crowdfunding offerings discussed below are all exemptions from the registration requirements pursuant to the Securities Act. The Securities Act also provides a common resale exemption used by investors in crowdfunding offerings known as Rule 144.

The Securities Act created new rules for securities offerings, but it didn’t create an entity to administer and enforce those rules. Initially, the Federal Trade Commission (“FTC”) saw to enforcement, but on June 6, 1934, Congress enacted the Securities Exchange Act, which established the SEC as the nation’s federal securities regulator. Joseph P. Kennedy became its first chairman.

The Exchange Act is described in its full title as “An act to provide for the regulation of securities exchanges and of over-the-counter markets… to prevent inequitable and unfair practices on such exchanges and markets…”  The Securities Act dealt with what’s known as the “primary market”; that is, the market in which companies issue and sell securities directly to investors. The Exchange Act was designed to provide a regulatory structure for the secondary market, where investors trade already-issued securities. It gave the SEC the authority to regulate broker-dealers, self-regulatory organizations, transfer agents, and clearing agents. It also empowered the agency to enforce its own regulations and punish violators of the securities laws. The Securities Act contained anti-fraud provisions, but the Exchange Act introduced stronger ones, and created an enforcement structure.

One of the most important innovations of the Exchange Act is contained in Sections 12, 13 and 15(d), and requires all issuers that are SEC registrants to make periodic reports to the SEC. These filings include annual reports on Form 10-K that include audited financial statements, quarterly reports on Form 10-Q (except for Regulation A issuers, which need only submit annual and semiannual reports), material event reports on Form 8-K, and many more. Originally, all of these reports were prepared on paper and mailed to the SEC, but today investors can access them electronically on EDGAR. If you conduct a Regulation A offering, you will be required to provide periodic reports to the SEC. These include one annual report on Form 1-K with audited financial statements, one six-month report on Form 1-SA and current information reports on Form 1-U.

In addition to federal securities laws, your crowdfunding offering must comply with state laws that regulate the offer and sale of securities. These regulations are often referred to as “state blue sky” laws. Sometimes state blue sky laws are preempted by federal laws. This means that states cannot impose more regulations than those imposed under federal law.

Regardless of which crowdfunding exemption you use for your securities offering, state securities regulators retain their authority to:

There is some confusion as to whether all state laws related to the offer and sale of securities, such as the requirement that the issuer register as a broker-dealer if there is no FINRA broker-dealer involved, are preempted, so check with counsel as to the status of this issue in the affected states before you start selling securities in each state.

The Anti-Fraud Provisions That Apply to Accredited Crowdfunding

Even though Accredited Crowdfunding Offerings are exempt under most circumstances, the anti-fraud provisions mandate disclosure of certain information to investors.  Section 10(b) of the Securities Exchange Act of 1934, (the “Exchange Act”) prohibits the use of any manipulative or deceptive device in contravention of the Securities & Exchange Commission’s rules and regulations.  Rule 10b-5, was adopted pursuant to Section 10(b), and prohibits fraudulent devices and schemes, material misstatements and omissions of any material facts, and acts and practices that operate as a fraud or deceit on any person in connection with the purchase or sale of a security.

This means that each participant in a company’s offering, including the company, itself and its officers, directors, consultants, advisors, underwriters, accountants and others are potentially liable under this provision.  Section 20(a) of the Exchange Act imposes liability on any person who directly or indirectly controls any person liable under Section 10(b) or Rule 10b-5, to the same extent as the controlled person.

Persons participating in an Accredited Crowdfunding Offerings can mitigate their exposure by conducting a thorough due diligence review and making appropriate disclosures to their investors.

For further information about this securities law blog post, please contact Brenda Hamilton, Securities Attorney at 101 Plaza Real S, Suite 202 N, Boca Raton, Florida, (561) 416-8956, by email at [email protected] or visit www.securitieslawyer101.com. This securities law blog post is provided as a general informational service to clients and friends of Hamilton & Associates Law Group and should not be construed as, and does not constitute legal advice on any specific matter, nor does this message create an attorney-client relationship.  Please note that the prior results discussed herein do not guarantee similar outcomes.