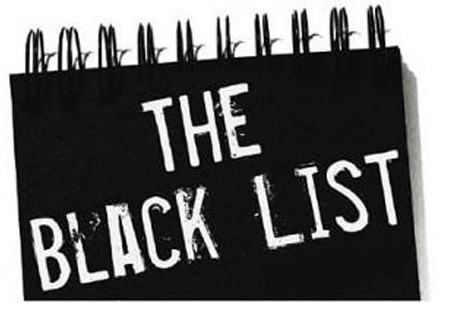 Traditionally, private companies go public by registering an offering under the Securities Act of 1933, as amended (the “Securities Act”).  Another way for private companies to go public is through a Reverse Merger (“Reverse Merger”) with a publicly traded company.   In a Reverse Merger, a private operating company or its business operations are acquired by, or merge into a publicly traded company, often inactive with negligible operations and assets.  Rule 144 of the Securities Act provides a safe harbor from the registration provisions of the Securities Act for resales of restricted and control securities if the conditions of the rule are met (rule 144 is not available to an issuer of securities).  While certain amendments to Rule 144 lessened its requirements, for reverse merger issuers, the opposite was true.

Rule 144 was amended on February 15, 2008. One of the key changes to the rule was to prohibit its use by shareholders of an issuer who was at any time a shell company (“Shell Company”).  In its adopting release to Rule 144, the SEC explained the reasons why sales of securities by Shell Companies are excluded from the safe harbor of Rule 144.  Shell Companies historically have been vehicles for securities fraud in reverse mergers transactions.

Eliminating the use of Rule 144 by issuers who engage in reverse mergers with Shell Companies substantially reduces the appeal of Reverse Merger transactions as a method of going public because absent a registration statement, investors will be unable to sell the shares they purchase.  Public and private companies frequently use Regulation D and Section 4(2) of the Securities Act to offer their securities to raise capital.  The securities issued in these offerings are restricted securities.  Without the safe harbor of Rule 144, the holder of restricted securities will likely be unable to resell their securities unless a registration statement is filed.

What is a Reverse Merger with a Shell Company?

Rule 144(i)(1) sets forth the definition of Shell Company.  An issuer is a Shell Company if it has no or nominal operations and either has:

(ii)          assets consisting solely of cash and cash equivalents; or

(iii)         assets consisting of cash and cash equivalents and nominal other assets.

Rule 144(i)(2) provides the requirements for shareholders of present or former companies to be eligible to rely upon Rule 144’s safe harbor for the resale of their shares.  In its adopting release to Rule 144, the SEC made clear that the  revised rule applies to issuers who engaged in reverse merger companies with Shell Companies who held such status even prior to the February 15, 2008 amendments.

For the shareholders of issuers who engaged in reverse mergers with present or former shell companies, to rely upon the safe harbor of Rule 144, Rule 144(i)(2) requires that the issuer:

• after the reverse merger transaction is complete be subject to the periodic reporting requirements of Section 13 or 15(d) of the Securities Exchange Act of 1934;

• have filed all SEC reports other than Form 8-K reports during the preceding 12 months or any shorter period during which the issuer has been subject to the SEC’s reporting requirements;

• have filed “Form 10 information” with the SEC reflecting that it is no longer a Shell Company; and

• one year has elapsed since the issuer has filed Form 10 information with the SEC.

Violations of Section 5 will occur if a shareholder holding restricted securities improperly relies upon Rule 144 and no other exemption from registration under the Securities Act is available.  Civil penalties could be imposed which may include an injunctive action by the SEC and monetary penalties under Section 20 of the Securities Act.  Additionally, criminal penalties for Section 5 violations include fines and imprisonment for up to five years.