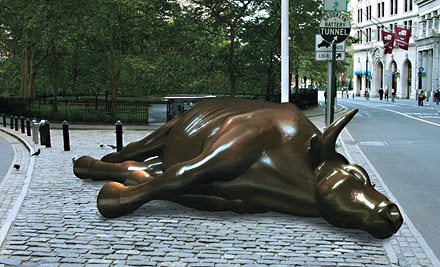 On February 10, 2017 the Securities and Exchange Commission (SEC) announced that it obtained an emergency court order freezing brokerage accounts holding more than $29 million in illegal profits from insider trading in advance of the April 2016 acquisition of DreamWorks Animation SKG, Inc. by Comcast Corp.The SEC alleges that in the weeks leading up to the news of the acquisition, Shaohua (Michael) Yin amassed more than $56 million of DreamWorks stock in the U.S. brokerage accounts of five Chinese nationals, including his elderly parents.  DreamWorks stock price rose 47.3% once the acquisition was announced.

In a complaint filed in U.S. District Court in the Southern District of New York, the SEC alleged the five accounts reaped $29 million from the DreamWorks trades.  The complaint also alleges the accounts profited from other suspicious trading in another U.S.-based company and three China-based companies ahead of market-moving news.

Yin, a partner at Summitview Capital Management Ltd., a Hong Kong-based private equity firm, allegedly did not trade in DreamWorks stock through his own account but instead traded through five accounts from addresses in Beijing and Palo Alto and on a computer that also accessed Yin’s email accounts.

“Despite the defendant’s alleged attempts to hide his control over these accounts, the SEC’s data analytic investigative tools enabled us to determine who was behind the suspicious trading,” said Michele Wein Layne, Director of the SEC’s Los Angeles Regional Office.  “Our action today shows that the SEC will not hesitate to freeze the assets of foreign traders when they use our markets to conduct illegal activity.”

On February 10, Judge J. Paul Oetken of the U.S. District Court for the Southern District of New York granted the SEC’s request for an asset freeze of the five brokerage accounts and issued an order to show cause why an injunction and other relief should not be issued.