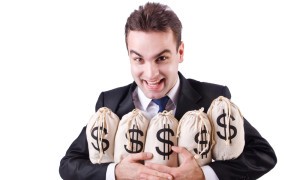 On January 13, 2017, the U.S. District Court for the District of Minnesota entered a final judgment against Minnesota resident James M. Louks and his company, FiberPoP Solutions, Inc. Louks and FiberPoP are defendants in an SEC civil enforcement action who were charged with raising money from investors under false pretenses while failing to produce the promised returns until the SEC’s emergency action stopped them from doing so.

In September 2015, the SEC announced fraud charges and an emergency order to halt Louks and FiberPop from continuing to raise money from investors. In its complaint, the SEC alleged that Louks and FiberPoP, since 2003, defrauded approximately 100 investors by promising them massive returns, while actually spending the investors’ funds on various schemes, which the SEC alleged typically bore the hallmarks of “prime bank schemes.” Prime bank schemes lure investors to participate in a sham international investing opportunity with phony promises of exclusivity and enormous profits.

The final judgment orders Louks and FiberPoP to pay, jointly and severally, $7,679,578.72 in disgorgement and prejudgment interest.