Rule 163B and Testing the Waters 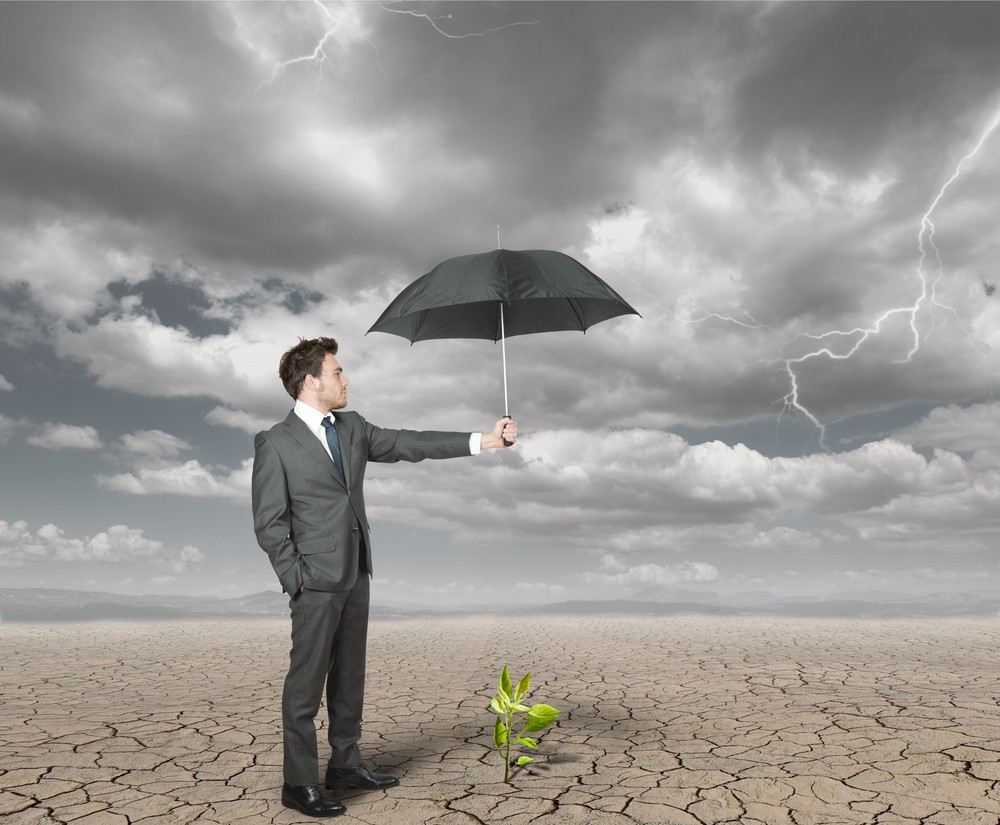 On February 19, 2019, the SEC posted a new proposed rule intended to make it possible for all issuers to “test the waters” when contemplating a public offering of securities. Until now, only issuers considered emerging growth companies (EGCs) under the JOBS Act of 2012 qualified to solicit investor interest prior to a registered public offering.  An EGC is defined as an issuer with “total annual gross revenues of less than $1.07 billion during its most recently completed fiscal year and, as of December 8, 2011, had not sold common equity securities under a registration statement”. A company continues to be an emerging growth company for the first five years after it completes an Initial Public Offering (“IPO”).  Its status will change only if its gross revenues exceed the $1.07 billion threshold, if it has issued more than $1 billion in non-convertible debt, or it becomes a large accelerated filer.

In addition being allowed to test the waters—with the object of gauging investor interest in an initial public offering (IPO)—the JOBS Act conferred other advantages on EGCs, most of them having to do with less stringent SEC Reporting Requirements in quarterly and annual reports.  Another benefit enjoyed by these fledgling companies was the ability to file draft registration statements with the SEC confidentially.  When an EGC files a confidential initial registration statement, the filing itself is not made available to the public, and the review process is between the company and the SEC’s Division of Corporation Finance.  The original submission and subsequent amendments need not be made public until 15 days prior to the start of the company’s road show.

The confidential submission process gave EGCs and their management an enormous advantage.  They weren’t required to divulge sensitive financial or proprietary information in advance of publicly presenting the company to potential investors.  If something went wrong during the nonpublic review, they could simply withdraw the registration statement with no one the wiser.  They’d be spared the embarrassment of public withdrawal, and would live to file again when their situation, or general market conditions, had improved.

Needless to say, non-EGCs agitated for the right to make confidential submissions of their own, and on June 29, 2017, the SEC announced that the Division of Corporation Finance would open the confidential submission program to all issuers for IPOs and most offerings made in the first year after a company has become an SEC registrant.  The idea was to make the IPO process as easy and as quick as possible.  If that process drags on for many months, market fluctuations can cause strategies to be reworked and numbers to change, requiring successive amendments to an issuer’s registration statement.

What the expansion of the confidential submission program did not do was expand the “testing the waters” provision of that JOBS Act.  That remained available only to EGCs.

Historically, issuers planning an IPO have been prohibited from making oral or written offers of securities before a registration statement is filed, or afterwards unless the offer meets the requirements of a statutory prospectus. As noted above, the JOBS Act, which was designed to stimulate capital formation and therefore create jobs, provided, among many other things, a way for new companies going public to “test the waters” to explore investor interest, thereby avoiding—with luck—the costs and awkwardness of a failed IPO or Direct Public Offering (“DPO”).

Now all issuers—at least issuers that are already SEC registrants or that intend to file a registration statement in the near future—will be able to communicate with potential investors prior to or following the filing of that registration statement.  The SEC believes the issuer, the potential investors, and ultimately the investing public will benefit.  The issuer will form an idea of potential investors’ level of interest.  The potential investors will obtain information that may give them greater confidence in their eventual investment.  And as the SEC points out, the new rule will benefit the broader markets by increasing the number of offerings, and an increased number of offerings will create more investment opportunities for retail as well as institutional investors.

“Testing the waters” is not new.  It’s currently practiced all over the world, and is considered beneficial by issuers and professional investors alike.  Some non-EGCs are very large and successful companies.  Rule 163B may encourage them to launch their Initial Public Offering /IPOs in the U.S. markets.

The new rule does not contemplate that an issuer can, in the absence of a registration statement, simply flog his stock to anyone who shows an interest.  Its representatives or agents—such as management and underwriters—can only solicit qualified institutional buyers (QIBs) or institutional accredited investors (IAIs).

One of the SEC’s chief missions is investor protection.  That protection is intended to extend to industry professionals as well as to ordinary individuals saving for retirement.  After all, if the professionals’ money isn’t safeguarded by our regulators, they’ll soon lose interest in our capital markets.  The investors Rule 163B addresses are those professionals, and are therefore presumed to be seasoned and sophisticated.  The SEC realizes, however, that some QIBs and IAIs may be less qualified than others, or may not even be professionals at all.  Should issuers be required to verify investors’ status, as is required by Rule 506(c) of Regulation D?  (Rule 506(c) provides for equity crowdfunding, another innovation introduced by the JOBS Act.)  The SEC believes that would be unduly burdensome for the issuers, and has decided they need only have a “reasonable belief” that the investors they approach qualify as QIBs and IAIs.  Given that investors will not put any money on the line until a registration statement has been filed, the agency feels “reasonable belief” is adequate.

Should the New Rule Cover All Issuers?

The SEC clearly believes Rule 163B should include all EGCs and non-EGCs that intend to file initial registration statements, or conduct follow-on and other registered offerings.  But just in case, it includes “reasonable alternatives” to some of the rule’s specifications.  If enough readers make convincing arguments in favor of the alternatives, the alternatives will presumably become part of the final rule.

The agency suggests, among other things, that certain categories of issuers be excluded:  blank check issuers, or SPACs (special purpose acquisition companies, a fancy name for shell companies); penny stock issuers; asset backed securities (ABS) issuers; and all or some registered investment companies.

While it’s undeniable that blank check companies and penny stocks may from time to time engage in offerings that are fraudulent, or at least materially misleading, and that ABS offerings can be extremely complicated and difficult to understand, there seems to be no real reason to bar them, or any other type of company, from enjoying the benefits of Rule 163B.  When the JOBS Act became law, a number of SPACs automatically qualified as EGCs.  The same is true for penny stocks that are SEC registrants.  The SEC points out that as of 2017, 20 percent of the 213 known blank check companies filing with Edgar were not EGCs.  During the same year, 1,418 SEC-registered penny stocks—issuers whose stock trades below $5 a share—were actively trading on OTC Link.  Only 38 percent of them were EGCs.

Thanks to the JOBS Act, the SPACs and penny stocks that were and still are EGCs can “test the waters” when they engage in registered offerings.  It would be inequitable to exclude non-EGCs from whatever benefits they feel they may derive from the use of Rule 163B.  Many penny stocks and blank check companies are more likely to rely on private placements to raise funds than on more costly public offerings, in any case.  But whether they choose that route or not, they should stand on an equal footing with similar issuers that are EGCs.

SEC Chairman Jay Clayton offered his own endorsement of the new rule:

Extending the test-the-waters reform to a broader range of issuers is designed to enhance their ability to conduct successful public securities offerings and lower their cost of capital, and ultimately to provide investors with more opportunities to invest in public companies.  I have seen first-hand how the modernization reforms of the JOBS Act have helped companies and investors.  The proposed rules would allow companies to more effectively consult with investors and better identify information that is important to them in advance of a public offering.

Rule 163B is, as the SEC says, an attempt to level the playing field for EGCs and non-EGCs engaging in registered offerings.  Despite the sometimes complicated explanations contained in its text, it’s an uncontroversial, common sense effort to streamline the offering process.  It deserves to be implemented quickly.

Hamilton & Associates Law Group, P.A provides ongoing corporate and securities counsel to private companies and public companies listed and publicly traded on the Frankfurt Stock Exchange, London Stock Exchange, NASDAQ Stock Market, the NYSE MKT and OTC Markets. For two decades the Firm has served private and public companies and other market participants in SEC reporting requirements, corporate law matters, securities law and going public matters. The firm’s practice areas include, but are not limited to, forensic law and investigations, SEC investigations and SEC defense, corporate law matters, compliance with the Securities Act of 1933 securities offer and sale and registration statement requirements, including Regulation A/ Regulation A+, private placement offerings under Regulation D including Rule 504 and Rule 506 and Regulation S and PIPE Transactions as well as registration statements on Forms S-1, Form F-1, Form S-8 and Form S-4; compliance with the reporting requirements of the Securities Exchange Act of 1934, including Form 8-A and Form 10 registration statements, reporting on Forms 10-Q, Form 10-K and Form 8-K, Form 6-K and SEC Schedule 14C Information and SEC Schedule 14A Proxy Statements; Regulation A/ Regulation A+ offerings; all forms of going public transactions; mergers and acquisitions; applications to and compliance with the corporate governance requirements of national securities exchanges including NASDAQ and NYSE MKT and foreign listings; crowdfunding; corporate; and general contract and business transactions. The firm provides preparation of corporate documents and other transaction documents such as share purchase and exchange agreements, stock purchase agreements, asset purchase agreements and reorganization agreements. The firm prepares the necessary documentation and assists in completing the requirements of federal and state securities laws such as FINRA and DTC for Rule 15c2-11/ Form 211 trading applications, corporate name changes, reverse and forward splits, changes of domicile and other transactions. The firm represents clients in London, Dubai, India, Germany, India, France, Israel, Canada and throughout the U.S.