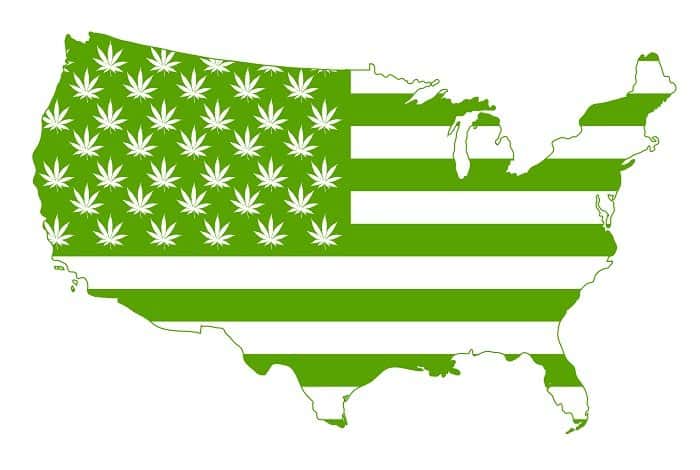 On Friday, the U.S. House of Representatives passed a historic bill that would end the federal prohibition of marijuana.

The Marijuana Opportunity, Reinvestment and Expungement (MORE) Act passed by a 228 to 164 margin. Nearly all Democrats supported the bill, with only six Democrats voting against it. In contrast, only five Republicans voted for it.

It was the first time that such a bill has gone before Congress.

The bill, introduced by Rep. Jerry Nadler (D., N.Y.), would eliminate conflict between state and federal law and allow states to set their own marijuana policies. In addition to the drug’s removal from the federal list of controlled substances, the MORE Act would provide access to a wider slate of financial services for cannabis companies and expunge marijuana-related offenses on criminal records, among other steps.

The MORE Act would also impose a 5% sales tax on marijuana and marijuana products. The revenue would go toward a new trust fund for grant programs designed to help people “adversely impacted by the War on Drugs” access job training, re-entry services, legal aid, treatment and more. The bill would also provide protections prohibiting denial of federal benefits based on use, possession or conviction for a marijuana offense.

There is overwhelming support by the American people for cannabis reform. This year, residents of five new states passed measures to legalize marijuana.

That brings the total up to 15 states that have legalized recreational marijuana use: Alaska, Arizona, California, Colorado, Illinois, Maine, Massachusetts, Michigan, Montana, Nevada, New Jersey, Oregon, South Dakota, Vermont, and Washington, as well as the District of Columbia.

A handful of others allow CBD Oil only: Georgia, Indiana, Iowa, Kentucky, Texas, and Wisconsin.

To be passed into law, the bill will also have to make it through the Senate. With the Republicans still in control of the Senate, it is not likely to be passed during the lame-duck session. Even if the Democrats can win back control of the Senate by sweeping the run-off elections in Georgia in January, the chances of the MORE Act passing the Senate remain slim, despite the overwhelming public support.

What does this mean for Cannabis Stocks?

Even with the dim outlook, it didn’t stop penny stock traders from building hype around the vote.

Several usually overlooked, lower-priced penny stocks that tout cannabis operations saw a big boost in both volume and price, including CBD Life Sciences Inc (CBDL) up 1225% on the week, Social Life Network Inc (WDLF) up 1500% on the week, Marijuana Company of America Inc (MCOA) up 511%, and CBD Denver Inc (CBDD) up 805%.

Investors in exchange-listed cannabis companies have so far taken a more realistic approach about the chances of the bill passing in the near future, with most stocks seeing little to no notable movement.

As a whole, though, it does give the industry hope that things are moving in the right direction.