There has never been a better time to be a Whistleblower

The Securities and Exchange Commission (the “SEC”) began its whistleblower program in August of 2011.

The concept was simple, to catch more bad guys and minimize the harm done to investors, the SEC created a program that would incentivize people with knowledge of possible securities law violations and other forms of fraud for sharing that information, allowing the SEC to more swiftly and efficiently hold accountable those responsible for unlawful conduct.

If the information proves to be original and leads to SEC action, the whistleblower is eligible for an award ranging between 10% and 30% of the money collected. Since the SEC would likely not have brought litigation without the information provided by the whistleblower, it is a win-win situation for all involved, especially the victims who otherwise may not have ever recouped any of their losses.

Since the start of the whistleblower program, the SEC has received more than 26,000 whistleblower submissions. Those tips have led to more than $3.5 billion in investor losses being recovered and over $842 million in awards being paid out to whistleblowers.

The SEC issued its first-ever whistleblower award (a $50,000 payout) on August 21, 2012. It was the only award during the first year of the program. That whistleblower was later awarded an additional $150,000 after more money was collected in the case.

And over the years, the payouts have continued to trend up:

To put things into better perspective: 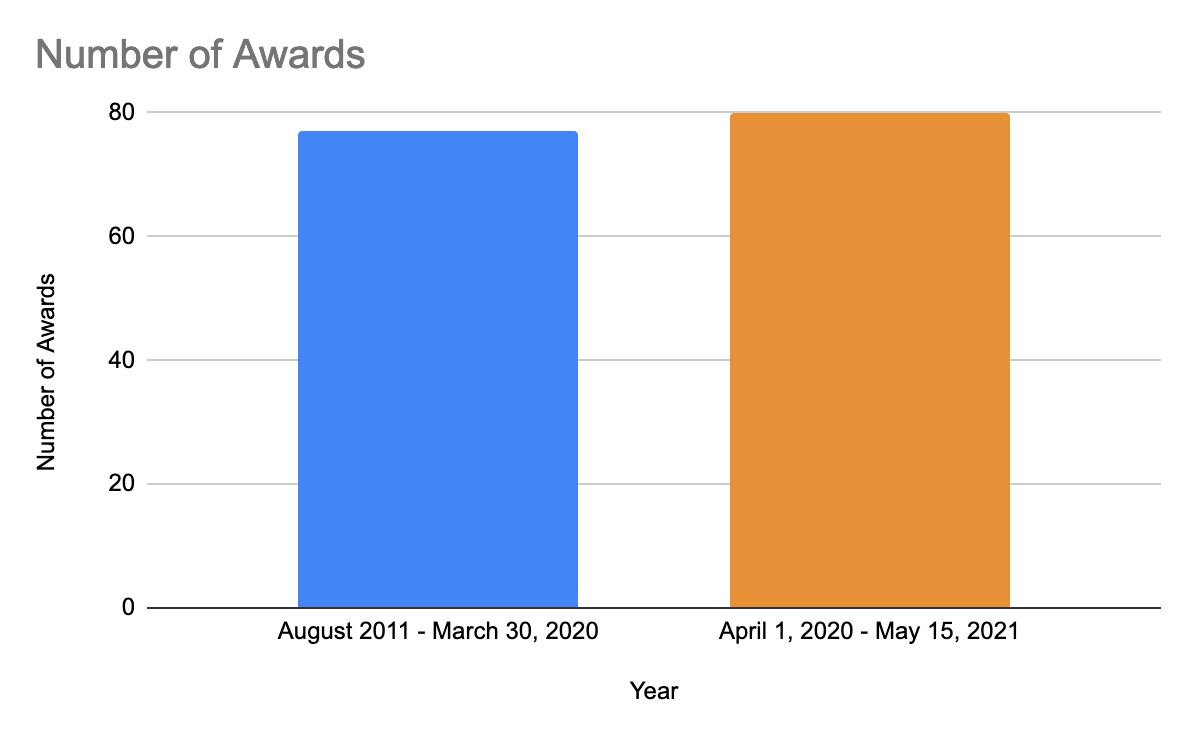 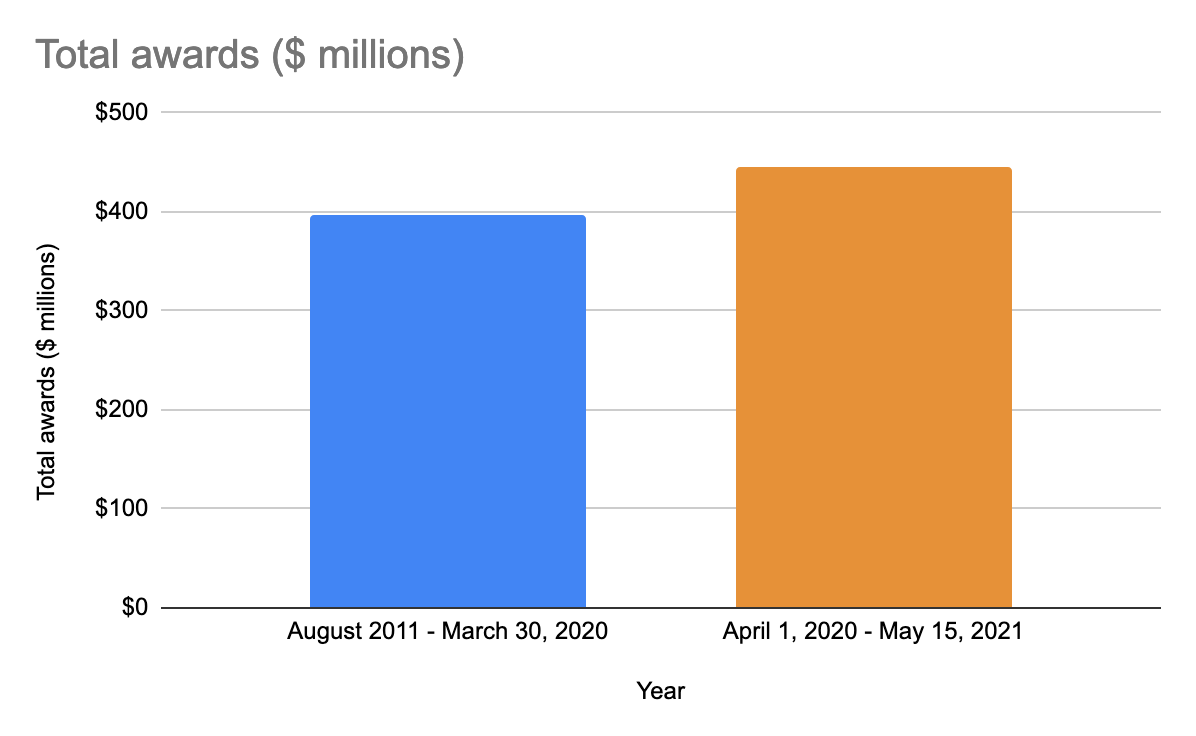 5 of the biggest ever awards also occurred over the past 13 months:

Simply put, there has never been a time to be a whistleblower than right now.

Do you have original information that could help the SEC recover funds for victims of fraud that you’d like to submit as a whistleblower? We’d love to hear from you.