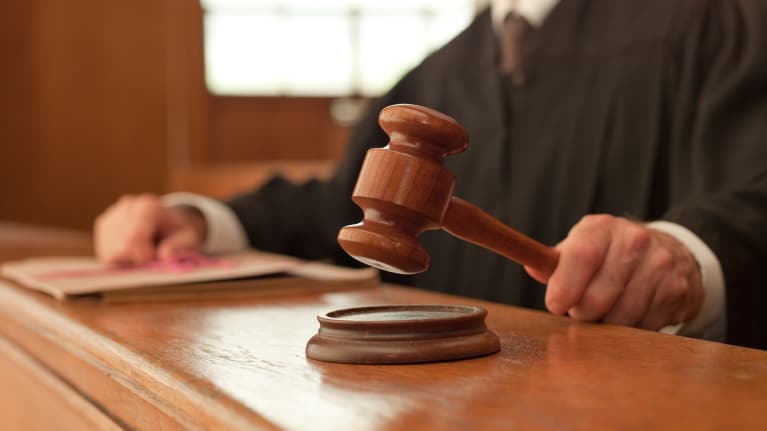 On May 24, 2022, United States District Judge Katherine Menendez filed her Order in response to Carebourn Capital, L.P.’s Motion for Judgement on the Pleadings to dismiss the Securities and Exchange Commission (“SEC”) case filed against the penny stock financier, denying all of Carebourn’s claims.

The SEC filed charges against Carebourn and its managing partner Chip Rice of Maple Grove, Minnesota (collectively, the “Defendants”), on September 24, 2021, in the U.S. District Court for the District of Minnesota (the “Complaint”), charging the Defendants with acting as unregistered securities dealers in connection with their buying and selling of billions of newly-issued shares of microcap securities, or “penny stocks,” which generated millions of dollars for Carebourn and Rice.

The SEC alleged that Rice and Carebourn’s business model was to buy convertible promissory notes – a type of security – from penny stock issuers, convert the notes into newly issued shares of stock, and quickly sell those shares into the public market at a profit.  The SEC further alleged that, since January 2017, Rice and Carebourn purchased more than 100 such notes from approximately 40 different penny stock issuers.

According to the SEC, Rice and Carebourn negotiated and received highly favorable terms for these notes, including terms that gave them deep discounts from the prevailing market price for the shares of counterparty penny stock issuers.

The SEC contested that Rice and Carebourn violated the broker-dealer registration provisions of Section 15(a)(1) of the Securities Exchange Act of 1934 and seeks injunctive relief, disgorgement and prejudgment interest, civil penalties, and a penny stock bar against Rice and Carebourn.

The Defendants filed the Motion for Judgement on the Pleadings, arguing that the Complaint must be dismissed because it fails to state a claim and that the statutory definition of “dealer” in the federal securities laws is so vague that the SEC’s enforcement of its provisions against them violates the Due Process Clause.

In support of its stance, the Defendants argued that:

In essence, Defendants argued these realities place them within the exception for those who buy or sell securities for their own accounts “but not as part of a regular business,” within the meaning of 15 U.S.C. § 78c(a)(5)(B), and, thus, the case should be dismissed.

The Court picked apart the Defendants’ arguments one by one, siding with the SEC each time.

The Court concluded that the SEC in its Complaint stated a plausible claim that the Defendants were engaged in the business of buying and selling securities for their own account through a broker or otherwise and were required to register as broker-dealers because:

The Court determined that the Defendants’ argument “does not provide any basis for the Court to conclude that Defendants are entitled to judgment on the pleadings and does not focus at all on the allegations in the SEC’s Complaint” and concluded that when the Court’s attention is where it should be—on the allegations in the Complaint—it is apparent that the SEC has adequately stated a claim for relief.

The Court further concluded that the Exchange Act’s “dealer” definition is not so vague that enforcement of the dealer-registration requirement against the Defendants would violate the Due Process Clause and rejected the Defendants’ request for dismissal of the SEC’s prayer for relief.

And for all the reasons stated above, the Court DENIED the Defendants’ Motion for Judgment on the Pleadings, allowing the case to proceed in the SEC’s favor.

To speak with a Securities Attorney, please contact Brenda Hamilton at 200 E Palmetto Rd, Suite 103, Boca Raton, Florida, (561) 416-8956, or by email at [email protected].  This securities law blog post is provided as a general informational service to clients and friends of Hamilton & Associates Law Group and should not be construed as and does not constitute legal advice on any specific matter, nor does this message create an attorney-client relationship.  Please note that the prior results discussed herein do not guarantee similar outcomes.