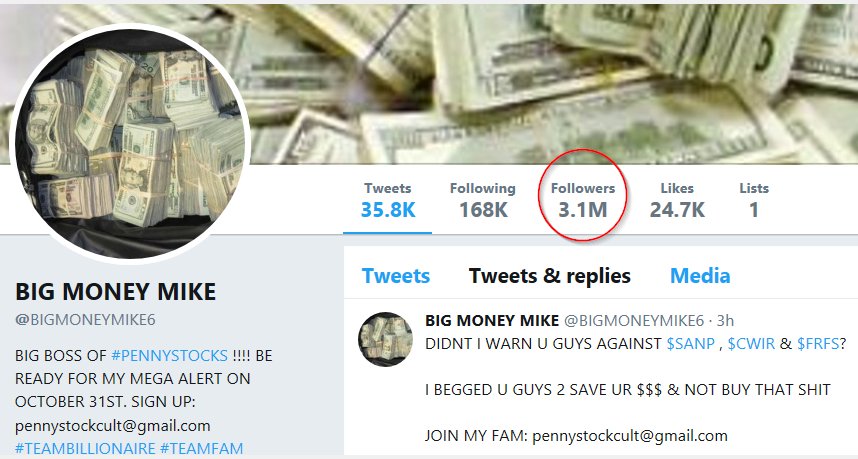 The Securities and Exchange Commission charged Michael M. Beck for using his Twitter handle, @BigMoneyMike6, to deceive investors into buying penny stocks that he recommended, even though he secretly planned to sell those stocks and, in some cases, was in the process of selling them when he made the recommendations.

The SEC’s complaint alleges that between February 2017 and May 2019, Defendant Michael M. Beck used his Twitter platform, @BigMoneyMike6, where he had as many as 3.1 million followers, to promote and encourage people to buy eight microcap stocks— all without disclosing that he planned to sell, or in some instances was personally selling, his own holdings of the same stocks (a practice known as “scalping”).

According to the complaint, Beck purchased blocks of penny stock shares, directly and/or through his nominee (his mother), Relief Defendant Helen P. Robinson, and then tweeted to his millions of followers (many of which were fake followers to boost credibility) and the public that he would soon be issuing a new stock recommendation or an “alert.”  Beck’s tweets would also Beck’s tweets encourage readers to join his stock trading group “TeamBillionaire” so that they could receive the recommendation by email.

The complaint further alleges that, a few days before Beck publicly tweeted a recommendation, he typically emailed it to TeamBillionaire members or had third parties post favorable commentary about the stock on investor message boards. Beck then typically began to sell his shares, and shares owned by his mother, relief defendant Helen Robinson, before tweeting the recommendation publicly and typically sold additional shares after tweeting positively about the stock.

The SEC alleges that throughout his promotional campaigns for the stocks, Beck failed to disclose his plans to sell, or his ongoing selling, of shares in any of the tweets, emails, or message board posts and that he obtained approximately $870,000 in total proceeds from his scalping activities. 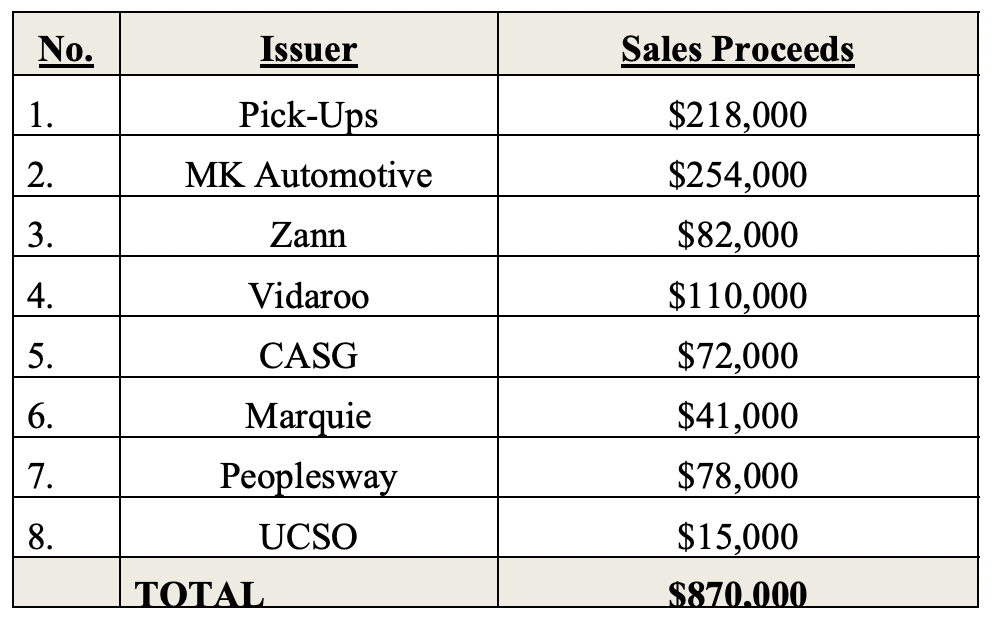