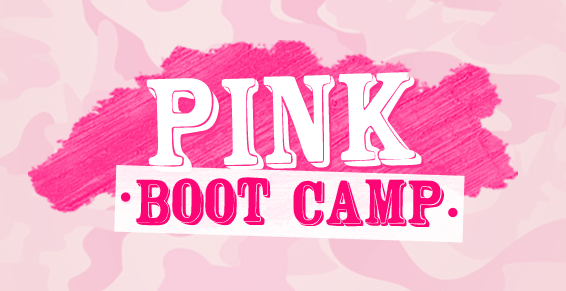 Getting Listed on the OTC Pink Sheets

Many companies going public for the first time are opting for the OTCMarkets OTC Pink Sheets. One way for companies seeking to list on the OTC Pinks is by engaging in a Reverse Merger (“Reverse Merger”) with a public shell company.  Securities regulators tend to look askance at Reverse Mergers, fearing they may be used as vehicles for fraud either by stock promoters or others – including securities attorneys – who manufacture or hijack them. This is no more evident than on the OTC Pink Sheets.

Over the last eight years, the Securities and Exchange Commission (“SEC”) and the Financial Industry Regulatory Authority (“FINRA”) have overhauled the rules and regulations applicable to Reverse merger Transactions.  On July 2, 2013, the SEC announced its new task force “Enforcement Initiatives to Combat Financial Reporting and Microcap Fraud and Enhance Risk Analysis” whose targets, among others, are Reverse Merger purveyors and gatekeeper securities attorneys involved in Reverse Merger transactions.

Among the SEC’s efforts to combat microcap fraud is a campaign to remove public shell companies from securities markets to prevent their use in Reverse Merger transactions by corporate hijackers. Its efficacy is demonstrated by what the agency calls operation Shell Expel, which so far has resulted in trading suspensions for more than 700 dormant public companies to prevent  illegal custodianship and receivership corporate hijackings. A majority of the suspended issuers are listed on the OTCMarkets OTC Pink or Gray Sheets. Not only have the SEC and FINRA jumped on the bandwagon to eliminate them, but, as will be explained below, the Depository Trust Company (“DTC”) has joined in their efforts.

Despite the unfavorable climate and diminishing benefits of Reverse Mergers, shell purveyors continue to persuade clients to engage in Reverse Merger transactions. Any securities attorney familiar with the rules and regulations impacting reverse merger transactions knows they are more often than not-toxic for private companies seeking to go public.

Apart from traditional Reverse Merger risks, which include SEC investigations or violations, undisclosed liabilities, litigation and potential litigation, companies going public in Reverse Merger transactions seeking to list on the OTCMarkets now face increased compliance costs due to increasing regulations and scrutiny of these transactions. Even where issuers attempt to file a registration statement after a Reverse Merger, they are overwhelmed with SEC comments about the pre-reverse merger entity.

Reverse Mergers are Fast and Cheap

Stock promoters often compare the price of an initial public offering (“IPO”) to the much lower cost of a Reverse Merger for an OTC Pink Sheet listing. This is misleading because in an IPO, a company pays an underwriter to sell securities to the public and develop an active market after the company becomes public; that is not cheap. Assuming it qualifies, a private company can go public on the Pink Sheets for a cost of between $10,000 and $50,000. A public shell for a Reverse Merger can cost as much as $450,000 and 5% of the Shell Company’s outstanding securities. In addition to the time it takes to perform due diligence, negotiate the Reverse Merger agreement, and close the transaction, FINRA Rule 6490 eliminates the timeliness benefit of the Reverse Merger that once existed.  The rule requires that corporate acts frequently associated with Reverse Mergers obtain FINRA approval before effectiveness. FINRA approval takes between  a month to three months.

Reverse Mergers do not create liquidity, and in fact may permanently destroy any chance of realizing it. Issuers engaging in them often undertake name changes, stock splits or similar transactions which are reviewed by both FINRA and DTC. Upon review, many Reverse Merger companies lose DTC eligibility and their securities are subjected to DTC chills and global locks. Without DTC eligibility, it is impossible for a company to establish liquidity in its securities.

Shell brokers continue to promote the mistaken notion that Shell Companies or former Shell Companies can issue free trading shares upon conversion of debt or convertible notes. Rule 144 was amended in February of 2008, and the amendment applies to issuers who were shells prior to that time. This issue has already been addressed by the SEC in its Compliance and Disclosure Interpretations set forth below:

The SEC cannot make it any clearer.  Rule 144 prohibits shareholders of present or former Shell Companies from relying upon it safe harbor to sell their shares until certain requirements are met. There is no other resale exemption for unregistered securities. For a company to rely upon Rule 144 after a Reverse Merger it must have ceased to be a shell company and at least one year must have elapsed from the time it filed Form 10 Information with the SEC reflecting its non-shell status.

Any private company seeking to have its securities publicly traded on the OTC Pink Sheets should proceed with caution when considering whether to engage in a Reverse Merger. Private entities should ensure that the public entity has never had a period of inactivity in its corporate records and that the issuer consistently generated meaningful revenues.