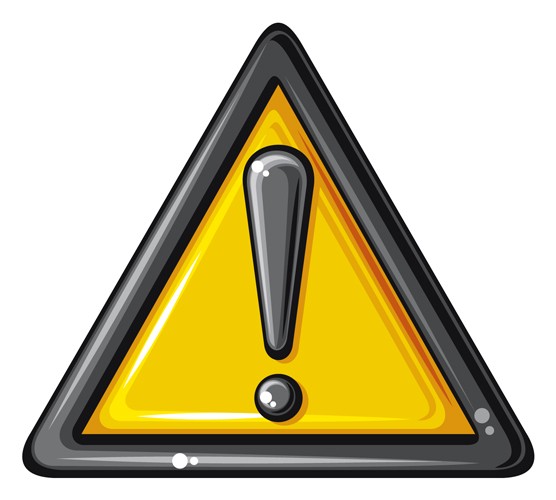 On October 17, 2013, the Securities and Exchange Commission (the “SEC”) announced charges and asset freezes against the operators and promoters of a worldwide pyramid scheme that falsely promises exponential, risk-free returns to investors in a venture that purportedly sells Internet-based children’s educational courses.

The SEC obtained  a temporary restraining order, asset freeze, and other emergency relief against 16 defendants as well as seven entities controlled by the U.S. promoters that are named as relief defendants in the SEC’s complaint for the purpose of recovering ill-gotten proceeds from the alleged fraud.

According to the SEC charges five entities based in Hong Kong, Canada, and the British Virgin Islands collectively operate under business names “CKB” and “CKB168” are involved in a fraudulent scheme involving at least 400 investors in New York, California, and other areas with large Asian-American communities.

According to the SEC action, the participants have raised more than $20 million from U.S. investors, and millions of dollars more from investors in Canada, Taiwan, Hong Kong, and other countries in Asia.

According to the SEC’s complaint, the scheme’s promotional efforts seek to exploit close connections among members of the Asian-American community.  The scheme’s operators and promoters use Internet videos, promotional materials, and seminars to create the appearance of a legitimate business but according to the SEC, CKB has little or no real-world retail consumer sales to generate the returns promised to investors.  In fact, CKB has no apparent source of revenue other than money received from new investors.   The SEC action reveals that Bank records reflect most of the funds raised were paid to CKB executives and promoters in the pyramid scheme.

The SEC obtained an asset freeze against the CKB entities and the operators and promoters charged in the SEC’s complaint.

Antonia Chion, an associate director in the SEC’s Division of Enforcement stated, “CKB’s operators and promoters profited by abusing relationships of trust within the Asian-American community and promising investors they can earn more money by recruiting other investors instead of selling actual products…What CKB really sells is the false promise of easy wealth.”

Rayla Melchor Santos is a Philippines national who is featured on the CKB website as its founder.  Nicknamed “Teacher Sam,” Santos traveled to New York and other areas of the U.S. to participate in meetings and seminars to promote CKB.

Hung Wai Shern is a Canadian citizen and resident of Hong Kong who is featured on the CKB website as the director of CKB168 International Marketing.  Shern is one of the signatories to bank accounts used to receive and transfer funds from CKB investors, and has traveled to New York and other areas of the U.S. to participate in meetings and seminars to promote CKB.

Rui Ling Leung is a Hong Kong national who is described on the CKB website as its chief financial officer.  Leung is one of the signatories to bank accounts used to receive and transfer funds from CKB investors, and approximately $4.6 million has been transferred from CKB bank accounts to bank accounts in her name and the names of entities she controls. Leung portrays herself as a professional investment adviser who will assist CKB in its supposed future public offering.

The SEC’s complaint charges eight CKB promoters in the U.S.:

Daliang Guo is a China native and a resident of Coram, N.Y., who was among CKB’s first U.S. promoters.  He currently sits atop an investment pyramid, and claims in a testimonial on the CKB website to have earned more than $1 million within eight months.

Yao Lin is a resident of Fresh Meadows, N.Y., who was among CKB’s first U.S.      promoters.  He currently sits atop an investment pyramid, and claims      in a CKB website testimonial to have earned more than $300,000.  The SEC’s complaint alleges that bank and credit card accounts he controls have received approximately $450,000 from CKB investors.

Chih Hsuan is a Taiwanese native and resident of Las Vegas who claims in a CKB website testimonial to have earned “one million USD” in her first two months of investing.  She operates a website through which “CKB members” can log in to a password-protected area.  She is within David Guo’s pyramid.  The SEC’s complaint alleges that bank accounts she controls have received approximately $1.8 million from CKB investors.

Wen Chen Hwang  is a Taiwanese native and resident of Rowland Heights, Calif., who claims in a CKB website testimonial to have made $53,000 within four months.  She is within Yao Lin’s pyramid.  The SEC’s complaint alleges that bank accounts she controls have received  approximately $2.2 million from CKB investors.

Toni Tong Chen is a resident of Hacienda Heights, Calif., and a certified public accountant  who was formerly associated with a registered broker-dealer and held      securities licenses.  She and her husband claim to have earned six-digit commissions and in excess of a 100 percent return on their investment.  They are connected to Wendy Lee and have made presentations  at her weekly seminars in Los Angeles.

Cheongwha Chang is a Chinese native and the husband of Toni Tong      Chen.  He was formerly associated with a registered broker-dealer and held securities licenses.  The SEC’s complaint alleges that bank accounts that he and his wife control have received approximately $2.1 million from CKB investors.

Joan Congyi Ma is a resident of Arcadia, Calif., who was formerly associated with a broker-dealer and held securities licenses.  She is connected to Wendy Lee and has helped her organize seminars and other events in Los Angeles.  In her CKB website testimonial, she references the day she met Yao Lin as her “lucky day.”  The SEC’s      complaint alleges that bank accounts she controls have received approximately      $200,000 from CKB investors.

Heidi Mao Liu is a resident of Diamond Bar, Calif., who was formerly associated with a broker-dealer and held securities licenses.  She is connected to Wendy Lee and has provided testimonials at her seminars in Los Angeles.  She also operates her own website that promotes the CKB scheme. The SEC’s complaint alleges that bank accounts she controls have received approximately $1.2 million from CKB investors.

According to the SEC’s complaint, after David Guo and Yao Lin began recruiting investors in the New York area in 2011, the CKB scheme quickly expanded to California and other areas with large Asian-American communities.  David Guo, Yao Lin, Rayla Santos, and Howard Shern appear in presentations recorded in San Francisco and Los Angeles, where they recruited energetic and highly visible promoters who have organized seminars and meetings nationwide.

The SEC alleges that CKB represents that potential purchasers of its educational products must invest in CKB to get one of its courses.  In addition to the course, they receive “Profit Reward Points” upon their initial investment and are told they can earn money once those points increase in value or pay dividends.  They are promised even larger returns by converting their points into shares of CKB stock when the company conducts a promised IPO on the Hong Kong Stock Exchange in 2014.

According to the SEC’s complaint, however, Profit Rewards Points are not the only incentive for investors, who are told that they will be able to make even more money through commissions and bonuses by recruiting new investors.  The complaint alleges that the investments in CKB constitute securities, and the securities offerings were not registered with the SEC as required under the federal securities laws.  The SEC’s complaint charges the CKB entities, three executives, and eight promoters with violations of the antifraud and securities registrations provisions of the federal securities laws.  Nine of the individuals are charged with violating the broker-dealer registration provisions.  The SEC seeks disgorgement of ill-gotten gains, financial penalties, permanent injunctions, and other relief.

The SEC issued an investor alert today warning investors about the dangers of pyramid schemes posing as multi-level marketing programs.