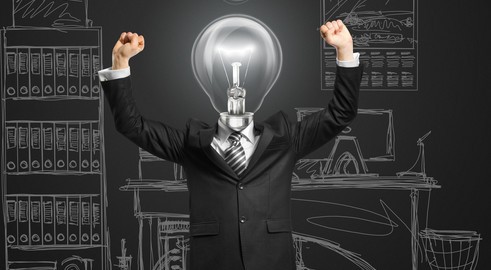 On August 26, 2013, the Securities and Exchange Commission (the “SEC”)  charged John K. Marcum with defrauding investors in a Ponzi scheme that targeted the retirement savings of investors.The SEC alleges that Marcum told investors he was a successful trader and asset manager in order to raise more than $6 million through promissory notes issued by his company Guaranty Reserves Trust.  Marcum assisted investors in setting up up self-directed IRA accounts which enabled him to gain control over their retirement assets.  Marcum promised investors strong returns on the promissory notes by day-trading in stocks while guaranteeing the safety of their principal investment.

Throughout the ponzi scheme, Marcum provided investors with false account statements to conceal his losses.

According to Timothy L. Warren, Acting Director of the Chicago Regional Office, “Marcum tricked investors into putting their retirement nest eggs in his hands by portraying himself as a talented trader who could earn high returns while eliminating the risk of loss … Marcum tried to carry on his charade of success even after he squandered nearly all of the funds from investors.”

According to the SEC’s complaint, the ponzi scheme started in 2010. Shortly thereafter, Investors gave Marcum control of their assets by either rolling their existing IRA accounts into the newly-established self-directed IRA accounts or by transferring their taxable assets directly to brokerage accounts that were under Marcum’s control.  In some instances, Marcum and certain investors co-signed the promissory notes, and Marcum then placed them in the IRA accounts.

The SEC alleges that Marcum promised investors he could safely grow their money through investments in widely-held publicly-traded stocks. In order to lure investors into the ponzi scheme, Marcum promised annual returns of between 10 percent and 20 percent.  Marcum’s trading activity created losses amounting to more than $900,000.  Marcum misappropriated the remaining investor funds from the ponzi scheme and used the funds for various unauthorized and personal uses.

According to the SEC’s complaint, Marcum used proceeds from the ponzi scheme to obtain a $3 million line of credit.  Marcum used nearly $1.4 million of investor money to make payments directly to the start-up ventures and other companies. He also spent funds to fund a startup bridal store, a bounty hunter reality television show, and a soul food restaurant owned and operated by the bounty hunters.  Marcum’s investors were not aware that their money was being used for these purposes and none of the businesses resulted in profits to the investors.   He used more than a half-million dollars to pay personal expenses accrued on credit card bills, including airline tickets, luxury car payments, hotel stays, sports and event tickets, and tabs at a Hollywood nightclub.

According to the SEC’s complaint, when Marcum did not have the funds needed to honor investor redemption requests, he created a “recovery plan” that revealed the ponzi scheme and his intention to solicit funds from new investors so that he could pay back his existing investors.  Marcum had a conversation with three investors in June 2013 and admitted that he had misappropriated investor funds and was unable to pay investors back.  During this call, Marcum offered to name the investors as beneficiaries on his life insurance policies, which he claimed include a “suicide clause” imposing a two-year waiting period for benefits.  He suggested that if he is unsuccessful in returning their money, he would commit suicide as a guarantee that the investors would be repaid.

The SEC’s complaint alleges that Marcum and Guaranty Reserves Trust violated the antifraud provisions of the federal securities laws.  The SEC sought and obtained emergency relief including a temporary restraining order and asset freeze.  The SEC additionally seeks permanent injunctions, disgorgement of ill-gotten gains and financial penalties from Marcum and Guaranty Reserves Trust, and disgorgement of ill-gotten gains from Marcum Companies LLC, which is named as a relief defendant.