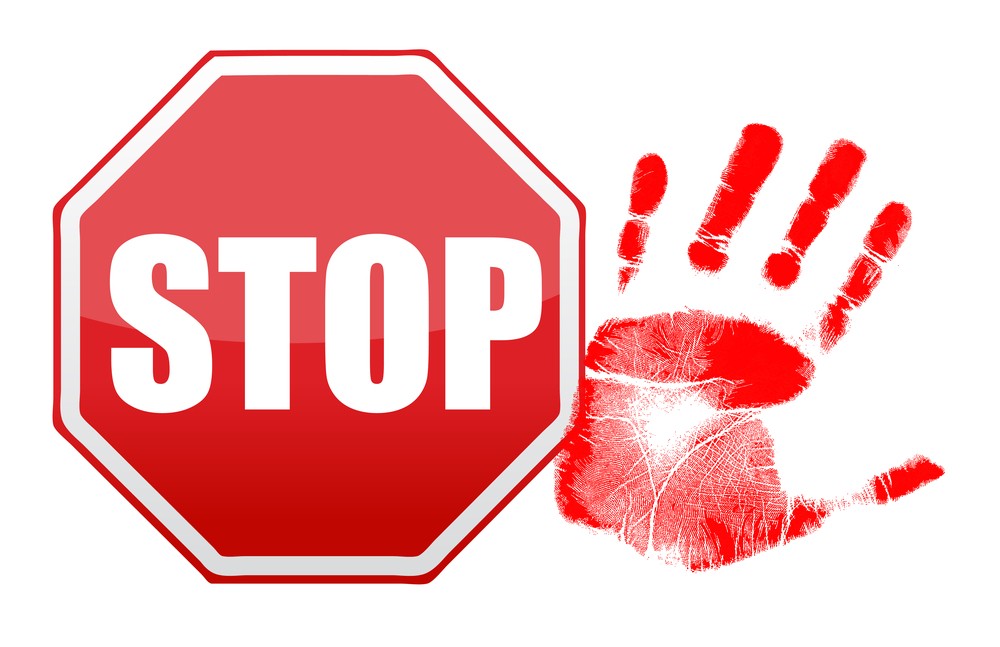 The Suspension Order cited multiple public interest concerns. Specifically, the lack of adequate and accurate information in Enerkon’s quarterly and annual financials submitted to OTC Markets from December 31, 2018, through March 31, 2021, relating to the identity of significant owners of Enerkon’s securities.

The SEC also had questions about the accuracy and adequacy of publicly disseminated information in press releases, including recent ones from March and May, concerning, among other things, Enerkon’s acquisition of CoviKlear Holdings International.

“The Commission temporarily suspended trading in the securities of ENKS due to, among other things, lack of adequate and accurate information in Enerkon’s quarterly and annual financials submitted to OTC Link, whose parent company is OTC Markets Group, Inc. (“OTC Link”), as early as December 31, 2018, through Enerkon’s quarterly financials for March 31, 2021, submitted on June 3, 2021, relating to the identity of significant owners of Enerkon’s securities. Questions have also arisen about the accuracy and adequacy of publicly disseminated information in press releases, including press releases dated March 9, 2021, May 3, 2021, and May 11, 2021, concerning, among other things, Enerkon’s acquisition of CoviKlear Holdings International and its prospective operations, and the establishment of a solar and hydrogen plant in Pennsylvania.“

Back on March 24, 2021, RadioFreeEurope published a detailed article highlighting concerns about the accuracy of publicly disseminated information by Enerkon in relation to two big Urkaine projects. Our firm participated in the article by analyzing the information.

While reviewing information about Enerkon for the RadioFreeEurope article, we conducted some of our own in-depth research. We found numerous concerns about the individuals involved in Enerkon as shareholders, including Thomas Collins and Patrick Thomas, who were recently indicted on December 13, 2020, for using  Global Resource Energy Inc (“GBEN”) as a share selling/stock manipulation scheme while secretly controlling stock through corporate egos and nominees.

We wrote extensively about the GBEN share selling scheme soon after the indictment.

According to that Indictment, from around February 2014 through August 18, 2020, Thomas Collins (husband of the GBEN CEO, Cathy Collins), Patrick Thomas, and the other seven defendants conspired with others, known and unknown, to defraud investors and potential investors of GBEN by issuing millions of shares to themselves at little to no cost, including using convertible notes issued to themselves and nominees to conceal their ownership, then controlled the price and volume of shares through a pump and dump/stock manipulation scheme involving match trading and “painting the tape” to artificially inflate the price of GBEN, paying kickbacks and undisclosed commissions to unregistered brokers to solicit investors to purchase the GBEN shares from the defendants.

Through our research, we determined that Cathy Collins, Thomas Collins, and Patrick Thomas have been acting as secret control people of a substantial amount of Enerkon stock through corporate egos and nominees amounting to over 20% of the outstanding stock, mostly obtained through the conversion of debt created when Benjamin Ballout acquired control of the Enerkon shell.

The CEO at this time was John V Cappello.

In January of 2018, Cappello changed the name/symbol of the Issuer to Enerkon Solar International Inc (ENKS) in anticipation of the upcoming merger with a purported Solar Energy company based out of Florida. The Issuer had 47,003,510 shares outstanding at this time.

Soon after, Bailout claimed to find 4,179,000 shares that were supposed to be canceled in the past but weren’t, bringing the outstanding share count to 51,182,510 post-merger.

As part of the merger, $15,000 in debt from 2015 owed to the former CEO, John V Cappello, along with $8,750 in purported interest accumulated on the debt was transferred to Cathy Collins (former CEO of GBEN) and Vasthy Avila, then turned into a convertible Note, convertible at $.0025/share.

A breakdown of the shares issued by Enerkon during October 2018 and November 2018 can be found in the Enerkon disclosure statements filed through OTC Markets (copied below):

Cathy Collins, Vasthy Avila, and Streamworx LLC all tie back to the GBEN share selling scheme.

According to the GBEN Indictment, Avila P&H LLC was really controlled by Cathy Collin’s husband, Thomas Collins, but was signed for by a nominee (which, according to GBEN filings, was Vasthy Avila).

This information is significant because any shareholder or group of associated shareholders owning more than 10% of the outstanding stock in an Issuer is restricted from trading their stock.

With a current outstanding share count of 65,610,510, those 9,428,000 combined unrestricted shares held by Cathy Collins and her husband, Thomas Collins (through Avila P&H LLC), would amount to 14% of the outstanding shares, and, therefore, should be restricted.

The GBEN Indictment also mentioned Streamworx LLC as being a nominee entity: 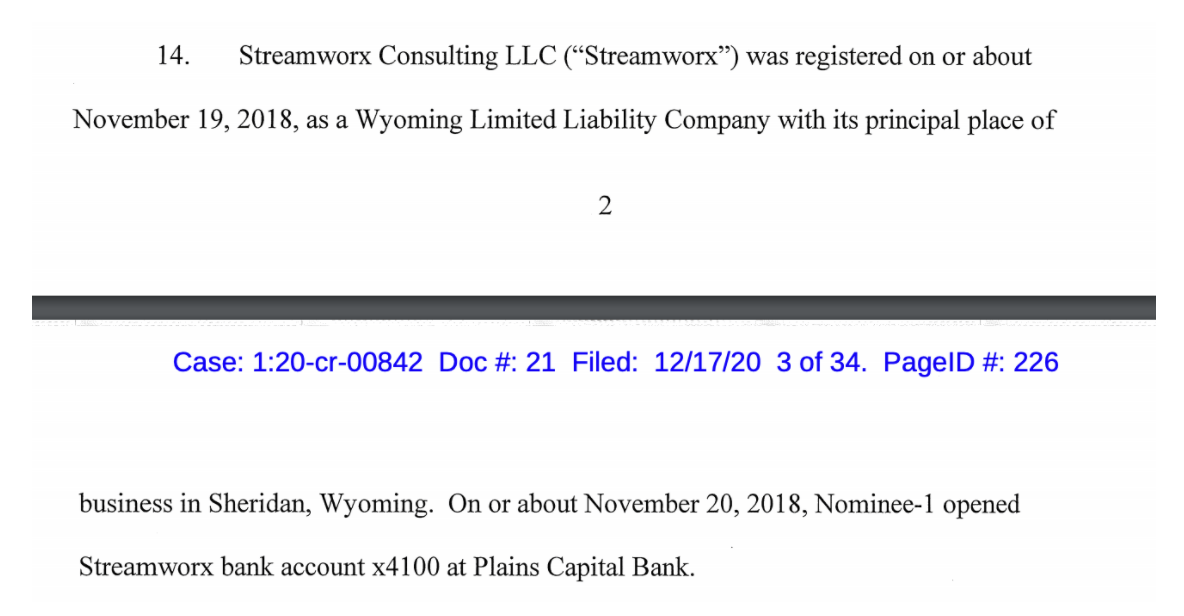 So Streamworx Consulting LLC is controlled by Thomas Collins.

Further research shows that the link to Vasthy Avila is even closer than the regulators acknowledged in their limitation.

Vasthy Avila is the wife of Patrick Thomas. She was/is using her maiden name on her Mexican ID to hide her current last name which is now registered as Vasthy Thomas in the US.

Combine Thomas’s 4,000,000 shares with the 9,428,000 owned by the Collins family, and the GBEN stock manipulation group, now under federal indictment, collectively owns more than 20% of the Enerkon shares, making them a control group. Or, in this case, a secret control group since they hide their identities and affiliations to one another in the Enerkon filings.

We believe that despite the indictment against Thomas Collins and Patrick Thomas, the group may have still participated in a pump and dump of the Enerkon stock starting days after the Indictment in late December of 2020, including participating in numerous false and misleading press releases and other public statements meant to artificially inflate the Enerkon share price while the group was selling stock into the market.

Enerkon saw its first significant volume in late December, days after the GBEN indictment, with the stock action peaking in February 2021.

The criminal case against Thomas Collins and Patrick Thomas is still open and quickly nearing either a plea agreement or a trial.  It will be interesting to see if the recent developments involving Enerkon have any effect on that case.

As for Enerkon, the CEO, Benjamin Ballout, issued the following misleading statement about the SEC suspension:

“We are working closely with the SEC to supply all of the exhibits needed to validate the items mentioned in order to have the Temp. suspension lifted as soon as possible and while the suspension is set to be lifted at 1159 Pm on July 7th as stated by the SEC – we may ask for an earlier lifting of the suspension when they have had time to go through the validation items that we are providing today and tomorrow, until they are satisfied that they have sufficient information and have had time to check it as valid and qualifying for the temp. trade suspension to be lifted earlier if possible.

ENKS is confident that once all the information is submitted the Temp. Trade suspension will be lifted on time as stated and possibly beforehand if we are able to satisfy the compliance and enforcement staff in the SEC information Review.”

This statement is entirely false. All SEC suspensions last for exactly 10 trading days. Then all suspended issuers resume trading on the grey sheets without quotations. Learn more about SEC suspensions in our recent blog post “The SEC Just Suspended My Stock! Now What?“.