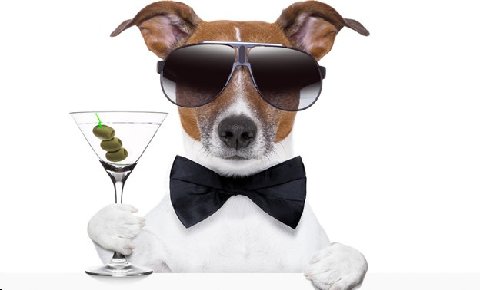 On March 6, 2015, the Securities and Exchange Commission (“SEC”) announced that the United States District Court of New Jersey entered a judgment against Michael M. Cohen. Cohen received a lifetime officer-director bar, lifetime penny stock bar and an injunction prohibiting him from violating certain provisions of the federal securities laws.

Based on the District Court’s entry of the injunction, the SEC instituted a settled 102(e) proceeding against Michael Cohen that permanently suspended him from appearing or practicing before the SEC as an accountant.

The SEC action was filed on February 19, 2015, alleged that, from approximately 2008 through 2012, Proteonomix and Cohen — who was the company’s Chief Executive Officer, Chairman of its Board of Directors, and at times its Chief Financial Officer — committed multiple violations of the securities laws that enabled Cohen to receive more than $600,000 for his own or his family’s benefit.

The SEC action alleged that Proteonomix and Cohen fraudulently issued and transferred millions of Proteonomix shares to corporate entities that were named after Cohen’s wife and children and nominally controlled by Cohen’s father-in-law.

According to the SEC allegations, Cohen secretly controlled brokerage and bank accounts in the names of these entities. Cohen directed the issuance and transfer of Proteonomix shares to these entities, directed the subsequent sale of these shares into the open market, and directed that proceeds from these share sales be transferred to Cohen or spent for his direct benefit.

The SEC action alleges that Proteonomix and Cohen falsely recorded share issuances and transfers on the company’s accounting books and records and failed to disclose in the company’s SEC filings that the transactions with his father-in-law’s entities were related party transactions. The SEC action also alleged that Cohen improperly directed his father-in-law’s entities to transfer shares of Proteonomix stock in unregistered transactions to pay the company’s debts, and that Cohen falsely certified the accuracy of Proteonomix’s reports and financial statements that were filed with the SEC.

In addition to the relief described above, the District Court’s judgment against Cohen provides that Cohen shall pay disgorgement of ill-gotten gains, prejudgment interest, and a civil penalty in an amount to be determined by the Court.

For further information about officer-director or penny stock bars, please contact Brenda Hamilton, Securities Attorney at 101 Plaza Real South, Suite 202 North, Boca Raton, FL, (561) 416-8956, or by email at [email protected].  This securities law Q & A is provided as a general or informational service to clients and friends of Hamilton & Associates Law Group, P.A. and should not be construed as, and does not constitute legal advice on any specific matter, nor does this message create an attorney-client relationship.  Please note that prior results discussed herein do not guarantee similar outcomes.